2019 was a very very busy year jam-packed with jobs. Clients who received their “cards” will already have some of the year’s topline stats for the whole of bramarpla, but for clarity, I’ll pop them here too. So, out of over 100 individual jobs, here’s where the time was split:

Not surprisingly given what bramarpla is most well-known for, web design & build, graphic design and mixed retainers came out pretty much even. Lesser-known services made up the rest of the pot, with full brand and marketing strategies taking 6% of the hour quota and photography and video the remaining 5%.

As with any year, 2019 saw arrivals and departures of clients, with the most notable “win” being that of Argo Tractors UK & Ireland with their two brands: Landini and McCormick. The work for the Argo team has been vast, but with the HQ in Italy, back in July, a trip to the beautiful province of Reggio Emilia was in order. To say it was hot is an understatement but the hospitality received was phenomenal!

Over the year there’s been lots of work completed in line with the mindset of the hungry, eager team. Some of the jobs have been featured in the projects part of this website, but the vast majority haven’t been shared here. It’s safe to say that this year’s work has raised eyebrows and ruffled feathers in equal measure! To that end, here’s a sample:

But it’s not all about the tractors. No, in 2019 another of our core clients has seen lots of changes! Although most of our work has been heavily internal, in 2019, 64TEQ won some incredible contracts and continues to make gains in the IT tech solutions space. Armed with an awesome social guy, they’ve also raised eyebrows and ruffled feathers (can you see a pattern here…).

We’ve assisted a number of businesses and organisations to get off the ground and grow their own feathers, such as Speak Up Dogs, Jess Clarehugh Agility and Dreamorox Border Collies.

Let’s not forget the projects which overlapped from 2018 into 2019. That list is pretty big but to pick just a couple there are the event booking websites for Craig Ogilvie and Marita Davies. There was also a site for a veterinary physio, Jenny Coates.

Picking up on Marita for a second, as a B2C business she was perfectly placed to run a Black Friday campaign. So in less than a day we got one together and rolled out. It ran from Black Friday to Cyber Monday, using mostly organic social with a smattering of paid, and saw a 10,000% increase in product page views on the website. I guess you could say it did well with a total ROMI of 1,184.33%. No, those figures are genuinely correct, I promise!

It’s safe to say that 2019 has been pretty busy, but that’s looking like it doesn’t even touch the surface of the work due in 2020. I have a feeling that there’s going to be a few national industry awards to enter off the back of some of the campaigns planned!

There are just a few slots available for work in 2020, specifically work with deadlines for:

If you have something you need completing, simply get in touch and we can work out the details.

Here’s to another incredible, crazy year 🥂 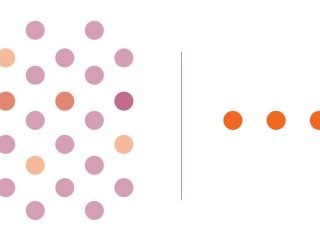