In October of 2019 the UK & Ireland arm of Argo Tractors, parent brand to McCormick, requested the creation of a 24-month marketing strategy to lift sales of the brand in the UK & Irish markets. One part of the strategy was a 3 month pilot campaign, dubbed “Try It, We Dare You” (TIWDY).

We set out two aims for TIWDY:

The timing of this campaign was tricky, given the external events happening in Q1 of 2020. They included, but were not limited to, the impact of the floods of Autumn 2019, the storms of February, the Brexit deal decision and the impact of that to the industry, including uncertainty over subsidies, and of course, the start of the coronavirus pandemic.

The odds were against us – you could definitely say that.

TIWDY itself ran on a moderate budget for just shy of 8 weeks, covering most of January, all of February and the first few days of March. This means that the campaign period also included LAMMA 2020, where some of the visual assets were served to visitors.

Of course, we can’t go into too much detail on the methods, channels and actions included in the TIWDY campaign, but in brief, the work included digital and traditional advertising covering a variety of mediums, all funnelling into a landing page where demo requests were submitted.

The landing page was built simply but effectively to high conversion rate standards and the forms on the page were set up to screen differently, depending on the users device.

The form submissions were linked by API to a constantly updating cloud spreadsheet which the sales team had direct access to handle. The marketing coordinator at the brand was responsible for making the first contact with the demo lead and paired each lead to an area manager.

The cloud spreadsheet was updated by the area sales personnel as they paired leads with dealers and ensured the links in the chain were kept tight.

The campaign got off to an incredible start with the first demo request coming in just 10 minutes after digital advertising went live. The aims for the campaign were modest: test and learn, and get some demo bookings.

We cannot go into actual numbers here, but the first few weeks of the campaign generated more demo requests than the previous years 12 month total. Paired with a strong result at Lamma in terms of hard enquiries, the sales team and dealer network have a pipeline that is incredibly well fed.

Sales wise, the impact is interesting to discuss.

The industry itself started 2020 in a sorry state, with tractor sales down 31.1% YOY in January alone. It stabilised in February before turning south once more in March. Q1 of 2020 ended with the tractor market down 7.7% on the previous year. [source]

Again, without going into numbers, the brand saw a sales increase of 120% (new registrations only) in the same period. Not all of the sales can be attributed directly to the TIWDY campaign because additional activity was happening at the same time – like LAMMA and the hardworking sales team.

% increase in sales over previous year

All in all, demo requests were higher than expected, the test and learn ended with a lot of learnings to apply to subsequent campaigns and we sold a fair few tractors too.

To find out more about McCormick Tractors, visit www.mccormick.it/en.

The aim of the campaign was very simple, and we achieved that. We succeeded in getting people to notice us, and to listen to what we were saying and to get demo requests. The part Jess has played in that has been phenomenal. We wanted to try different things, experiment, and be courageous. The assets were bold, to the point, and strong, which was exactly what was needed. The results speak for themselves, I don’t need to say anymore. 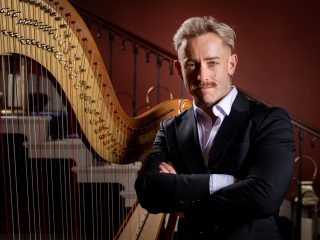